The U.S. Department of Homeland Security recently announced a new public charge rule that will affect aliens seeking to enter and stay in the U.S. This new rule seeks to ensure that individuals attempting to enter the U.S. are self–sufficient. These individuals must prove that they rely only upon themselves, their families, and/or private organizations for support and will not require public assistance. This new rule takes effect October 15, 2019, however, there is still a possibility of it being stopped or delayed.

Under this new rule, if USCIS believes that an individual will become a public charge, they may require the individual to place  bond. If the individual is deemed to only be inadmissible for their lack of self-sufficiency, USCIS will allow you to post a “public charge bond.” The bond amount will be no less than $8,100.00, but the amount will vary from case to case.

A “public charge” as defined by the Department of Homeland Security has been altered under this new regulation. Public charge is now defined as an individual who received one or more designated public benefits for more than twelve months, in the aggregate, within any 36-month period. These public benefits including cash assistance, Supplemental Security Income (SSI), Medicaid, and others.

There are exceptions under this new rule that allow for some individuals to receive public assistance. For example, children under 21 and pregnant women will not be penalized for their use of public assistance. International adoptees and children acquiring citizenship will not be penalized. Medicaid will still be available for school-based services and emergency medical services. Nevertheless, not all benefits fall under this new rule. For example, school funded programs like reduced lunches and Head Start will not have an effect on this rule.

The new public charge rule can also have an effect on those who are already receiving public assistance. Individuals that received benefits longer than the designated time allotted may be ineligible to change status or extend their stay. If the benefits were received after obtaining non-immigrant status the individual may be ineligible to extend stay or seek change.

For more on the new public charge rule visit the USCIS website, here. To speak with an experienced immigration attorney about how this new rule may affect you contact our office at (330) 673-3444 or email Attorney Barbara Griffin at bgriffin@wwklaw.com. 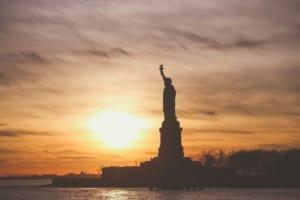