Imagine waking your kids up in the morning, going through the hassle of your everyday routine to get out to your car and it won’t start. You keep forgetting that mouthwash in the morning will trigger your ignition interlock device. Looks like dad is taking the kids to school today.

This could become the reality for many people after the passing of Ohio House Bills 388 and 436. As of April 6, 2017 changes to the OVI laws (Operating a Motor Vehicle While Intoxicated) were made effective, impacting many Ohioans.

There are negative and positive perspectives to the passed bill. Ignition interlock devices are becoming an alternative to drivers who have an OVI charge. Previously, motor vehicle drivers would have their license suspended, driving only under certain circumstances. The Ignition Interlock device allows drivers to blow into a device that has a set level of blood alcohol concentration allowable. If the device picks up a number under your set limit, the car starts and you are able to drive it.

This can be seen as a positive alternative to drivers who have had their freedom taken away. The ignition interlock device allows drivers to go at any time, as long as they have not been drinking. This can make it easier to live with a suspended license, giving back driving privileges. Aside from only being able to drive your car to work, school, childcare provider, or a few other locations the court has allowed, you can now go anywhere in the state as long as the device has started your car. Blowing above the limit prevents use of your car and is also recorded for oversight. Having the device in your car reduces your license suspension time. If you choose against the device your license will be suspended for a minimum of one year. If you choose for the device your suspension only lasts for six months. Also, the agreeance to this device ensures you will serve no jail time. 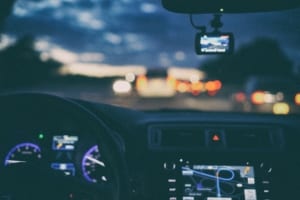 Having the ignition interlock device has many positive attributes, and seems like a good fix for drivers who have had an OVI. With everything, there are some pitfalls to this device and system. Cost plays a big factor in popularity of the device. There are instillation fees that range from $200-$300, monthly fees on the device from $100-$200, and even removal fees. This can come out to more than $1000 worth of additional fees, aside from litigation fees.  The device can also be seen inside the car, leaving it open to scrutiny of onlookers. If your job requires you to be a driver or falls in that realm, the sight of this device can lead to termination, or publication of your personal business. There is always the possibility of a false positive as well. There are a few foods and mouthwashes that can cause a false positive. In this circumstance it can have consequences that are more severe for the driver, such as jail time or a longer license suspension time.

Before the new bill was passed there was a six year period where courts would look back to see if a person has any prior OVI/DUI convictions. Bills 388 and 436 enforce a ten year period search of previous convictions. First time offenders had a 3-6 month suspension period, before the bill was passed. After passing the bill first time offenders now have a one year suspension period.

How It’s Being Applied

Our local courts have not yet started offering this option, but hopefully soon. Additionally, it should be noted that withstanding the above, the minimum suspension on the first offense OVI has been increased from six months to one year.