In 2019, the U.S. Department of Homeland Security proposed a new public charge rule that would impact those seeking admission into the U.S. The rule sought to ensure that individuals attempting to enter the U.S. are self–sufficient. As of February 24, 2020, the new rule will be officially implemented in 49 of the 50 states. The Rule will not yet be implemented in Illinois as it remains enjoined in Federal Court. 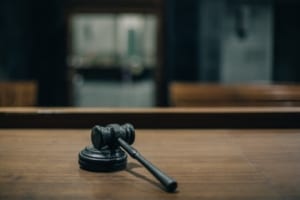 What is a Public Charge?

A Public Charge is an individual who is likely to become primarily dependent on the government for assistance. If it is determined that you are likely to be, or are, a public charge, your application can be denied. The rule, however, allows the public charge the option to post bond in order be allowed admission. While the minimum bond amount is $8,100, the actual bond amount depends on your specific circumstances.

Will this new Rule Impact my Application?

The new Public Charge rule will only have an impact on applications submitted on, or after, February 24, 2020. Applications submitted prior to this date are not subject to the new rule. In determining whether you are considered a public charge, new forms were released which are required to accompany your application. The new forms require you to provide additional information such as whether you have used public benefits in the past and information on your current financial status is. The forms can be found here for review prior to the implementation of the new rules.

There are several factors that work to benefit the applicant if it is believed that they will become a public charge. For example, having a household income/assets and support from a sponsor of at least 250% of the Federal Poverty Guidelines for the household size is beneficial to the applicant. Another beneficial factor is being authorized to work and obtaining employment (in a legal industry) with an annual income of at least 250% of the Federal Poverty Guidelines for a household of the household size. Having private health insurance appropriate for the expected period of admission is also to the advantage of the applicant. Meeting these standards does not guarantee acceptance, but is beneficial if you plan on applying after February 24, 2020.

For more information on the new public charge rules and the impact they may have on you, contact Attorney Barbara Griffin at (330) 673-3444 or by email at bgriffin@wwklaw.com