The New Year could be bringing changes to the eviction rules in Akron, Ohio. A report released by the Eviction Lab of Princeton University ranks the top evicting cities in the United States. Akron, Ohio ranks as having the highest eviction rates in Ohio and the 24th highest in the United States. Based on these findings, the Akron Municipals Court proposed changes to help reduce the eviction numbers across the City. The new rules are not yet in effect but could come into play after a public comment period ending January 17, 2020.

The first of the proposed changes is to Akron Municipal 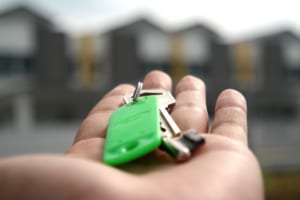 Local Rule No. 29. The changes would require Landlords to provide additional information when filing for Forcible Entry and Detainer. Landlords will now have to (1) prove ownership of the property; and, (2) provide proof that the property is properly registered with the Summit County Fiscal Office Rental Registry, or evidence that the property is exempt from the Registry. These must accompany the already existing requirements filing for Forcible Entry and Detainer.

The second proposed change is to add Rule No. 39 to the Akron Municipal Local Rules of Court. The new Rule is designed to make it easier for tenants to seal their eviction records. Having an eviction on your record makes it more difficult for a Tenant to find housing. If this new Rule comes into effect, Tenants could have an eviction record sealed if they meet the criteria. For example, under the current Rule, even if your eviction case is dismissed or the Judge rules in favor of the Tenant, the eviction remains on your record. Without digging deep enough, a Landlord may only see the eviction record and not accept a potential tenant based on this.

Upon a Motion by the Tenant filed with the Court, an eviction ruling against you can potentially be sealed after three years or remaining on your record. Having your record sealed will not authorize a potential Tenant to make a false statement on their application regarding any past evictions, but rather will prevent a potential Landlord from discovering the eviction through other means.

If you are looking to speak with an experienced Attorney about these potential changes and how they may impact you, contact Attorney Peter Kratcoski at pkratcoski@wwklaw.com or by phone at (330) 673-3444.