Two years ago Ohio passed a law allowing the sale and usage of medical marijuana. After these laws were passed it was predicted that the first dispensary would be up and running by Fall of 2018. After a short delay, it is now January of 2019 and there are five dispensaries set to open in the upcoming days; Canton, Sandusky, Wickliffe, and two in Wintersville.

Although there are several medical advantages to marijuana, it is important that you are aware of the legal disadvantages. While you are now allowed to purchase and use medical marijuana in Ohio, it remains illegal under Federal Law. 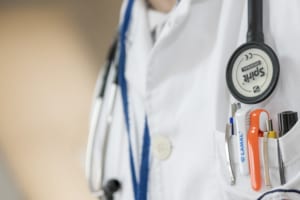 Landlords, for example, are governed by Federal Law; meaning despite having legally obtained marijuana, your Landlord can deny your usage. If you claim your usage is for a disability that is not obvious, your landlord can ask you for certification from your physician. Your Landlord has the right to verify that you have a condition that medical marijuana is approved for. Despite having proof from a medical professional, your landlord still has the right of refusal. Landlords can deny your lease renewal or evict you for using marijuana due to the federal CSA violation.

Your landlord is not the only one you should consider before you go make a purchase; your employer may also prevent your marijuana usage. Under the Ohio Revised Code an employer is not required to accommodate an employee’s use of medical marijuana. An employer is not prohibited from refusing to hire, disciplining, or discharging an employee for their use of medical marijuana. Not to mention, your employer still retains their right to conduct drug testing on employees.

In addition, if you have a medical marijuana card you will have to put some thought into your driving situation. While there is talk of changing driving laws to accommodate the use of medical marijuana, none are in place yet. Although your status as a registered patient is not sufficient evidence for an officer to conduct a field sobriety test, you could still be charged with an OVI nevertheless. If an officer has a factual basis for suspecting that you are operating a vehicle under the influence they have probable cause to conduct a field sobriety test.

In need of a criminal defense attorney? Contact our offices at (330) 673-3444 or e-mail your questions to ECan@wwklaw.com.